Andrew Zbik, Labor Candidate for Lane Cove, has today called upon the State Government to commit to the creation of an integrated emergency management plan for operations at the Gore Bay Oil and Petrol Terminal. 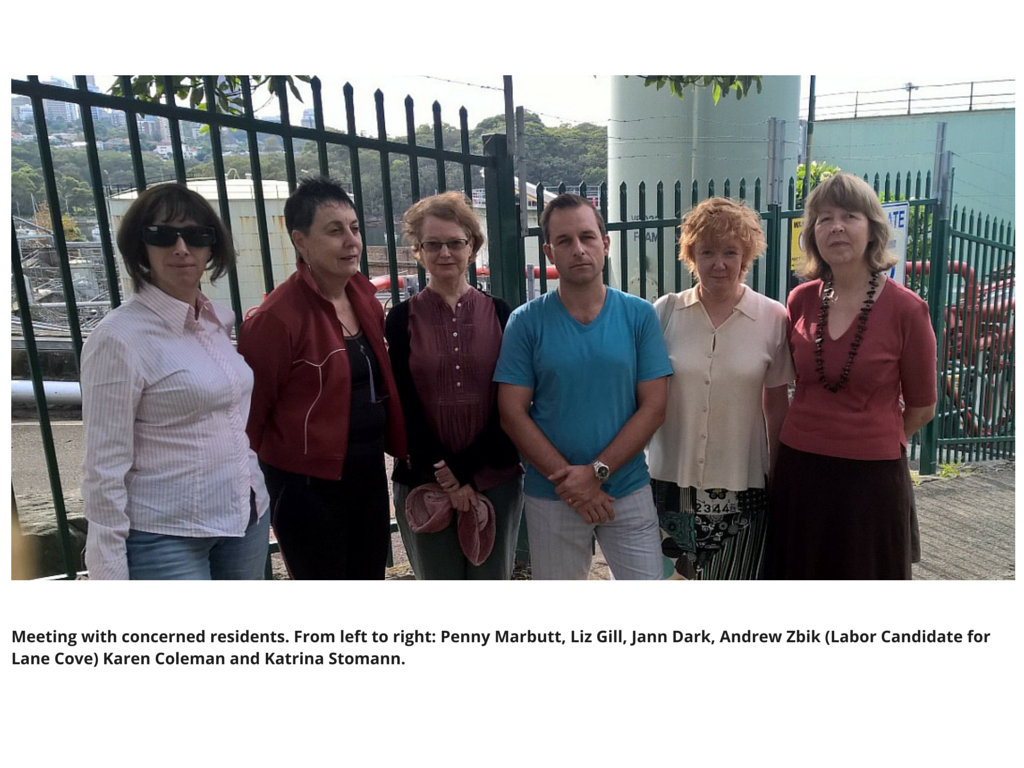 With the closure of the Clyde Oil Refinery, the shipping terminal has changed its use from importing crude oil to more flammable finished fuel products such as diesel, jet fuel, marine fuel and petrol.

Mr Zbik met with local residents concerned about the change in operations at the terminal.

“It was amazing for local residents to show me the warning signs on the perimeter of the terminal. These signs required visitors and employees to wear protective clothing and to have suitable safety qualifications to enter the terminal. Yet, family homes and units were only 15 metres away.”

“The change of use of this terminal is very significant” commented Mr Zbik. “Importing and permanently storing flammable finished fuel products rightly has local residents concerned.”

No formal application has been submitted to authorise the change of terminal use from importing crude oil to storing highly flammable finished fuel products.

Of note, the current emergency and disaster plans are a series of non-specific plans by Lane Cove Council, a confidential emergency plan covering only the site but excluding neighbouring residential dwellings and the Sydney Harbour Marine Emergency sub-plan which is not specific to Gore Bay.

“If such a terminal were to be built today, it would not be built in an established residential area so close to houses and units.”

“As such, it is appropriate that the site not be used for the permanent storage of highly flammable finished fuel products.”

“I call on the State Government to commit to both an integrated emergency management plan that includes neighbouring dwellings and to give local residents certainty that the terminal will not be used for the permanent storage of finished fuel products.”