This August marks one year since I moved a motion at Lane Cove Council calling for a moratorium on resident planning proposals in the Lane Cove Area.

A planning proposal is the process in which a land owner or developer can request that the zoning, land use and permissible building controls can be changed for a particular block of land.

AFTER ONE YEAR - we still have not heard if the NSW Liberal State Government and Anthony Roberts MP - Member for Lane Cove will allow Lane Cove to have a moratorium.

In fact, Lane Cove is on track to build another 2,700 housing dwellings over the next five-years! This is on top of the 2,552 new dwellings built over the last five-years. 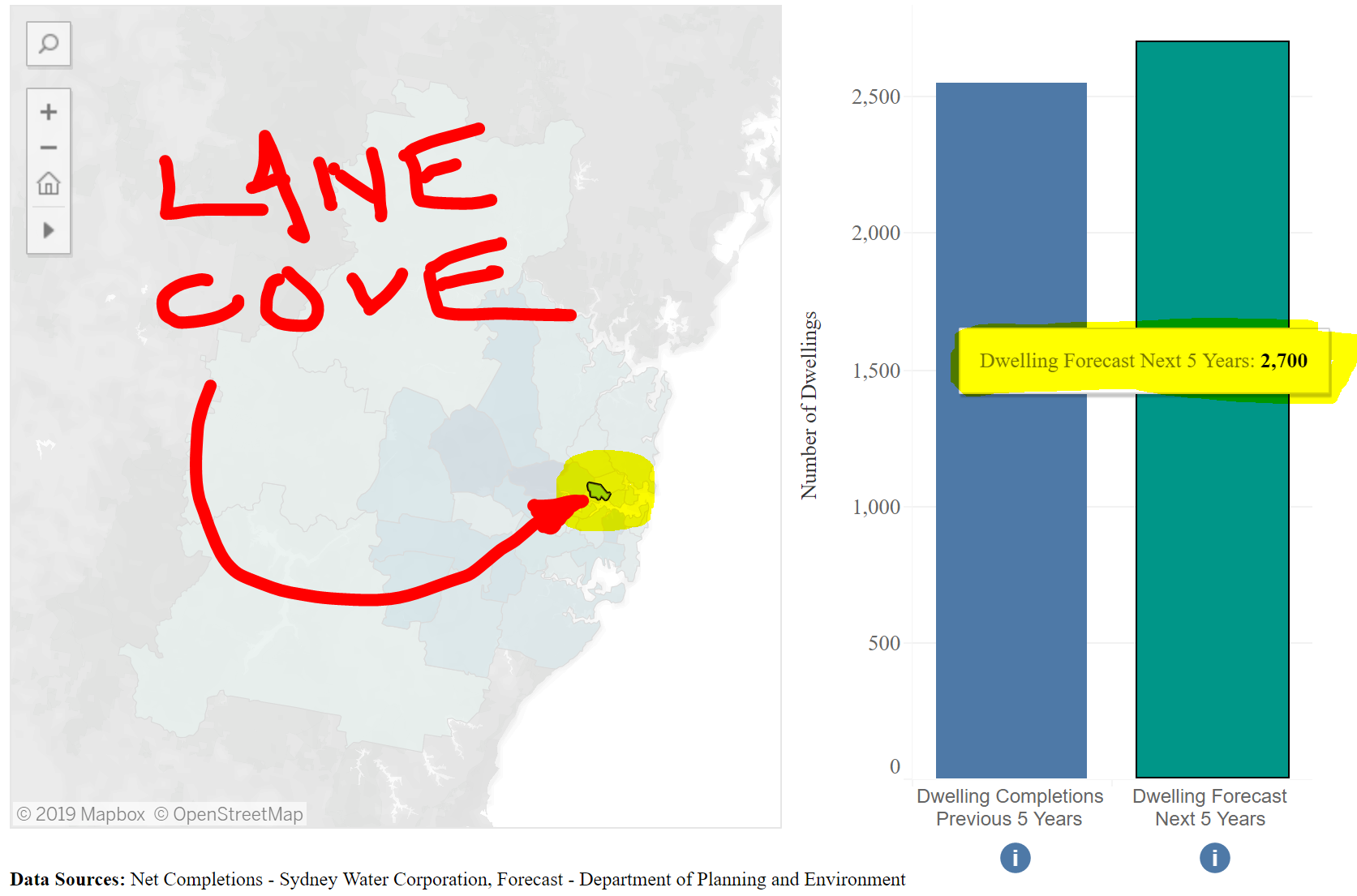 Given we have not been able to receive an answer about the NSW Liberal State Government granting a moratorium on residential planning proposals for Lane Cove, I was able to work with Peter Primrose MLC to have the following 'Questions on Notice' lodged in the NSW Parliament. 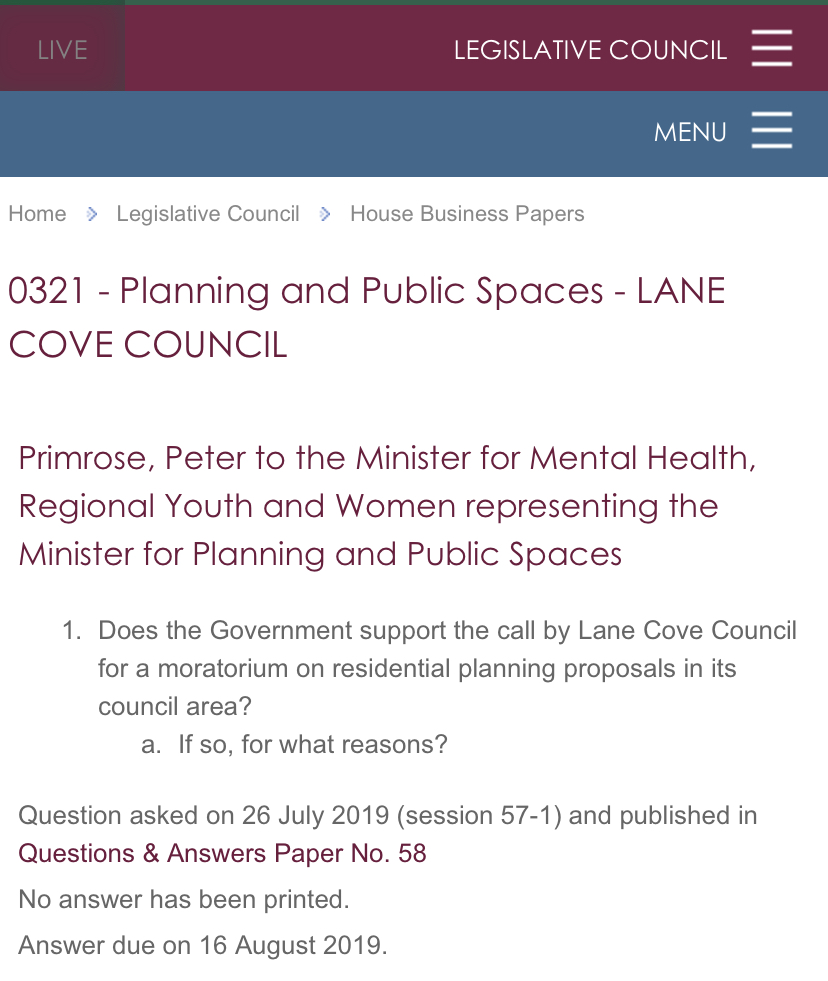 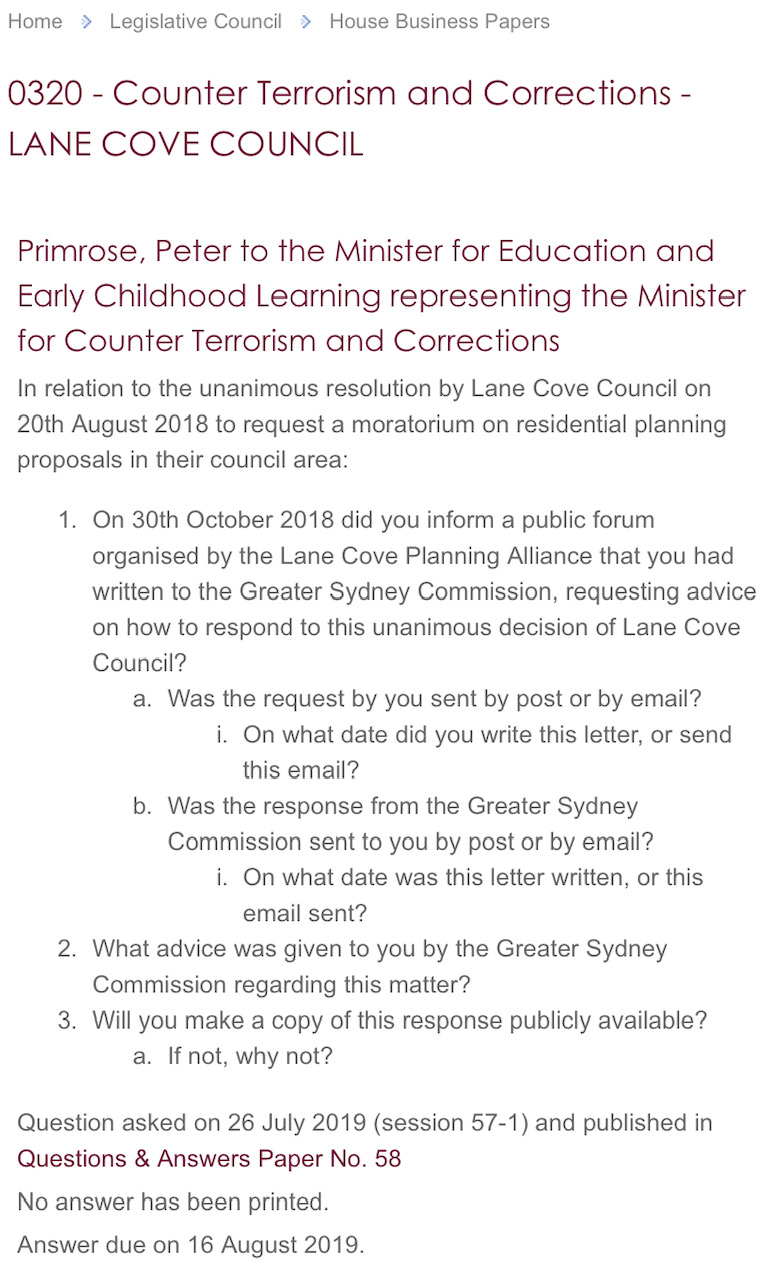 These questions will be vital to find out where and if the NSW Liberal State Government will allow Lane Cove to have this moratorium to take the pressure off our area and allow local infrastructure to catch up.