Andrew Zbik, Labor Candidate for Lane Cove, has supported Labor Leader Luke Foley’s call for the suspension of the 10/50 code in Metropolitan Sydney. 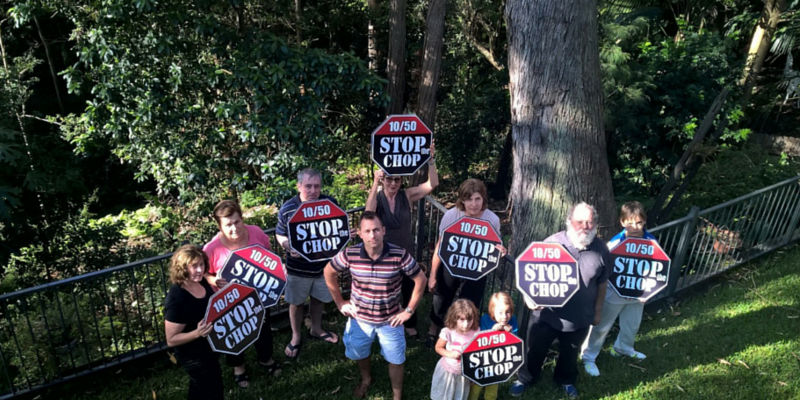 The 10/50 code was introduced following devastating bush fires in 2013. The rule allowed home owners to remove trees within 10 metres of their home without approval and to clear any underlying vegetation such as shrubs (but not trees) within 50 metres of their homes without seeking approval.

Labor Leader Luke Foley has publicly stated “While it is true Labor voted for these laws in response to the pleas of people from the Blue Mountains after the terrible bushfires a little over a year ago, it is clear the laws have had unintended consequences. I have previously called for the suspension of the 10/50 Code in Metropolitan Sydney.”

Mr Zbik explained “Many of the trees that have been cut down in the Lane Cove, Hunters Hill and Gladesville areas under this code are not in high risk bushfire prone areas.”

“In Lane Cove, we have seen the unwarranted removal of trees due to the inappropriate application of this code.”

NSW Labor is calling for the 10/50 code to be suspended and that a review be conducted involving the Minister for the Environment.

Mr Zbik concluded “It is disappointing that this code has been abused when it was intended to protect homes and lives from the risk of bushfire. I support Luke Foley’s call for the 10/50 code to be suspended in metropolitan Sydney and for a Parliamentary review to be conducted into the abuse of its application.”