LABOR SETS PRIORITIES FOR THE FUTURE OF OUR STATE’S ENVIRONMENT

Labor Leader Luke Foley has outlined a detailed policy agenda for the future protection of our state’s environment – the most comprehensive environment plan ever presented to the people of NSW.

From our flora and fauna to coastal waters and estuaries and inland rivers and forests, Labor has outlined a broad-reaching environmental plan for the state.

Labor will also pursue World Heritage Listing for the Northern rainforests as well as direct the Office of Environment and Heritage to assess the proposal of a Eucalypt World Heritage listing.

The last Labor Government added over three million hectares to the reserve system. The Baird Government has created 84,000 of National Parks in the last four years. At this rate it would take the Liberals and Nationals 142 years to match Labor’s achievements when last in government.

In government, Labor will also review and replace the Liberals’ watered down biodiversity offsetting rules that allow unjustifiable loss of habitat and wildlife.

“I am proud to present the most comprehensive environmental protection policy that has ever been presented to the people of NSW.

“There can be no new approach for New South Wales without a bold agenda for environmental protection and climate change.

“This is one of the passions of my public life.

“I want NSW to be the nation’s social conscience and not just its economic powerhouse.

“It is a great Labor tradition. Neville Wran protected the rainforests in the 1980s and Bob Carr married concern for economic growth and environmental protection to break all records as longest serving Premier in NSW.”

Below is a map of Labor's plan for the Sydney Marine Park which includes protection for the Lane Cove River: 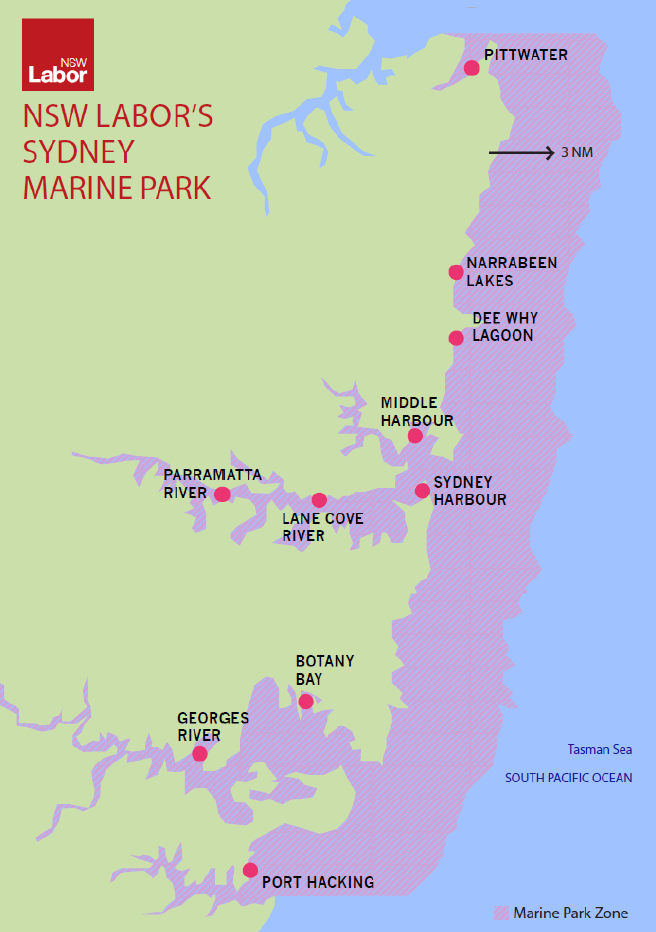