This motion I have submitted for the Council meeting on 18th October 2021:

The aim of this motion is to address the lack of local shopping and place amenity in Lane Cove North. The residents of Lane Cove North do not have a neighbourhood centre that is an inviting place to meet and gather, shop or dine.

There are a few shops on Mowbray Road but they are spread out and isolated. There is no sense of place or community identity, and the amenity of the road environment on Mowbray Road has considerably deteriorated over the last few years. There is an opportunity for Lane Cove Council to build on the housing investment in the area to create a great neighbourhood centre for the Lane Cove North community.

A neighbourhood centre located at Lane Cove North would meet many of the needs and objectives identified in the Lane Cove LSPS and Community Strategic Plan. These include;

A resident who is qualified in urban planning and infrastructure advisory met with Mr Mark Brisby, Mr Christopher Peltz and myself on Friday 1st October to discuss this idea and assisted with the below analysis.

To address the question of feasibility some catchment analysis using the 2016 Census data was undertaken. The table and map below show a neighbourhood centre at Lane Cove North would have a catchment second only to the Lane Cove village, far greater than any other neighbourhood centre in Lane Cove. According to retail catchment benchmarks this centre could theoretically support a 1,800 sqm grocery store (like an ALDI or small Woolworths or Coles), and if 50% of household specialty retail spending was spent locally (like spending on specialty food, liquor, cafes, restaurants, takeaway food, clothing, jewellers, chemists, newsagents, books, florists, hair and beauty, optometrists, etc) this could also account for a further 3,000 sqm of specialty retail space. With a potential 5,000 sqm of retail space, this is a significant opportunity, and since the 2016 Census there has been, and will continue to be, more housing development in the area, so the potential retail floor space in this neighbourhood centre could be quite significant. If Willoughby Council were also to start up zoning the area, demand could be even greater.

Beyond retail there might also be other community needs like library or study spaces, meeting spaces, community health spaces, or child care. 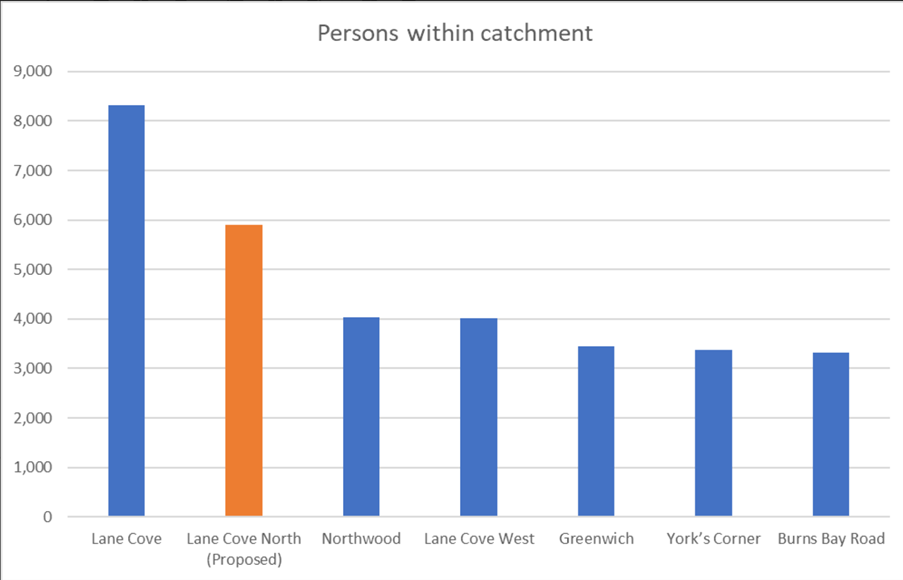 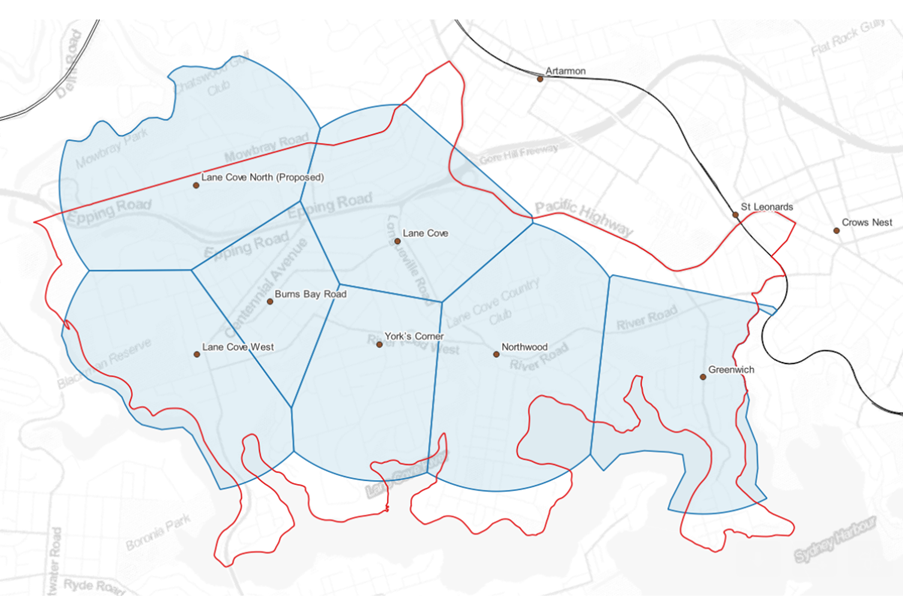 The exact location of a neighbourhood centre in Lane Cove North would need detailed urban design and planning analysis, however there are some obvious opportunities, mapped below, these include;

There are probably other sites, but I think the opportunity opposite Mindarie Park is probably the most desirable. This site provides an opportunity to clustering public spaces similar to the outcomes The Canopy has achieved in the Lane Cove Village. It is assumed the centre would be developed as part of a mix-use precinct, using B4 zoning to achieve the necessary development feasibility outcomes. Overshadowing might be an issue if bonus floor space is needed to incentivise the developer, although increased building heights could be fronted on Mowbray Road where it could create an iconic feature on the road, and where it will have less impact as it is in a gully.

An opportunity of this scale will need detailed planning and design, including precinct master planning, urban design of the built form and public domain, and urban design of road environment to support walking and cycling, loading spaces for deliveries, etc. while reducing car journeys and traffic. A key objective is to not have high-speed traffic or car journeys from beyond the local catchment. It would be great to start this process from a design-led approach, putting place outcomes at the beginning of the work and then adopting commercial and engineering details to achieve the place vision, rather than the typical technical engineering or regulation-led planning process. The work could start with some early urban design work and visualisations to communicate the opportunity and desired outcomes, like these below. 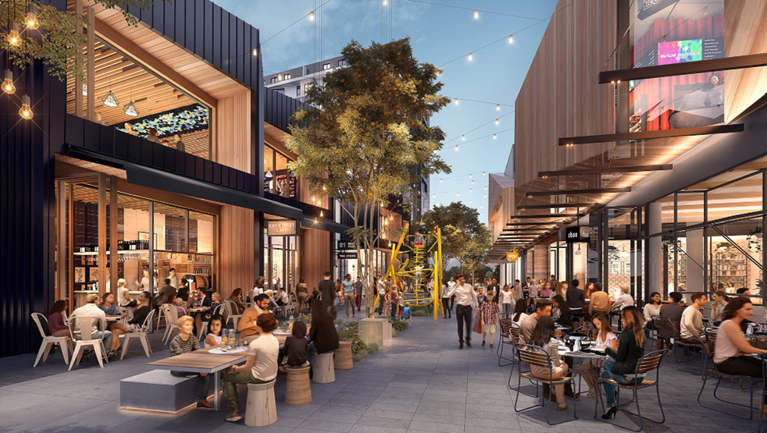 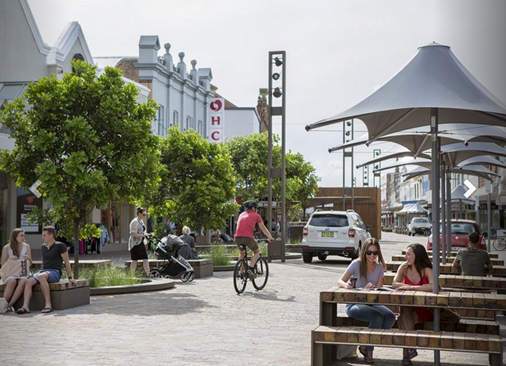