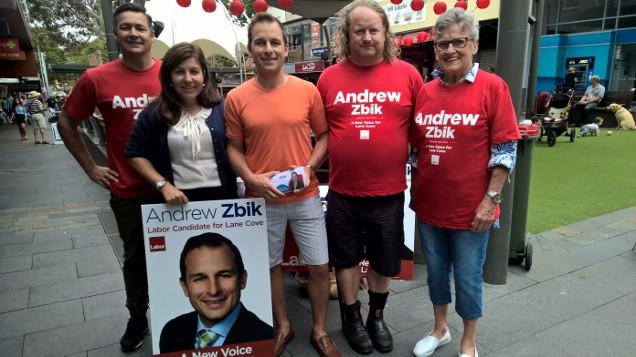 A NSW Labor Government will move to popularly-elected four year terms for all of Sydney’s 41 local mayors – including the position of Mayor for Lane Cove Council and Ryde Council.

Labor will also establish a “Congress of Mayors”, under the auspice of a powerful Greater Sydney Commission, to develop and implement coordinated policies beyond their council boundaries to support jobs and better local services across metropolitan Sydney.

Mr Zbik said “Residents in the area are very active in local affairs and have warmly welcomed the proposal to have a direct say in who will be the Mayor of each respective local government area.”

Shadow Minister for Local Government Sophie Cotsis said: “Many local councils in Sydney are facing tough decisions about their budgets and economic future, we need mayors who can look beyond September each year to be building the long-term vision for their councils.”

“Ratepayers deserve a stronger say in the decision of who leads their local council and a Labor Government will deliver that by giving them a direct vote in who wears the mayoralty chains for the full four year term of the council.”

In addition to Labor’s plan for the direct election of Mayors, Ms Cotsis declared “There will not be any forced amalgamations of any Councils under a Labor Government as there is little empirical evidence to suggest larger councils are more efficient."

“Residents overwhelmingly have shared with me that they do not want the Baird Liberal Government dictating to them that Lane Cove, Hunters Hill, North Sydney, Willoughby, Mosman and parts of Ryde Council be merged to create one impersonal mega-council.”