Will Joe Hockey Be Selfish And Impose The Cost Of A By-Election?

Is Joe Hockey going to be selfish and force local residents to a by-election twelve months out from a general Federal election? 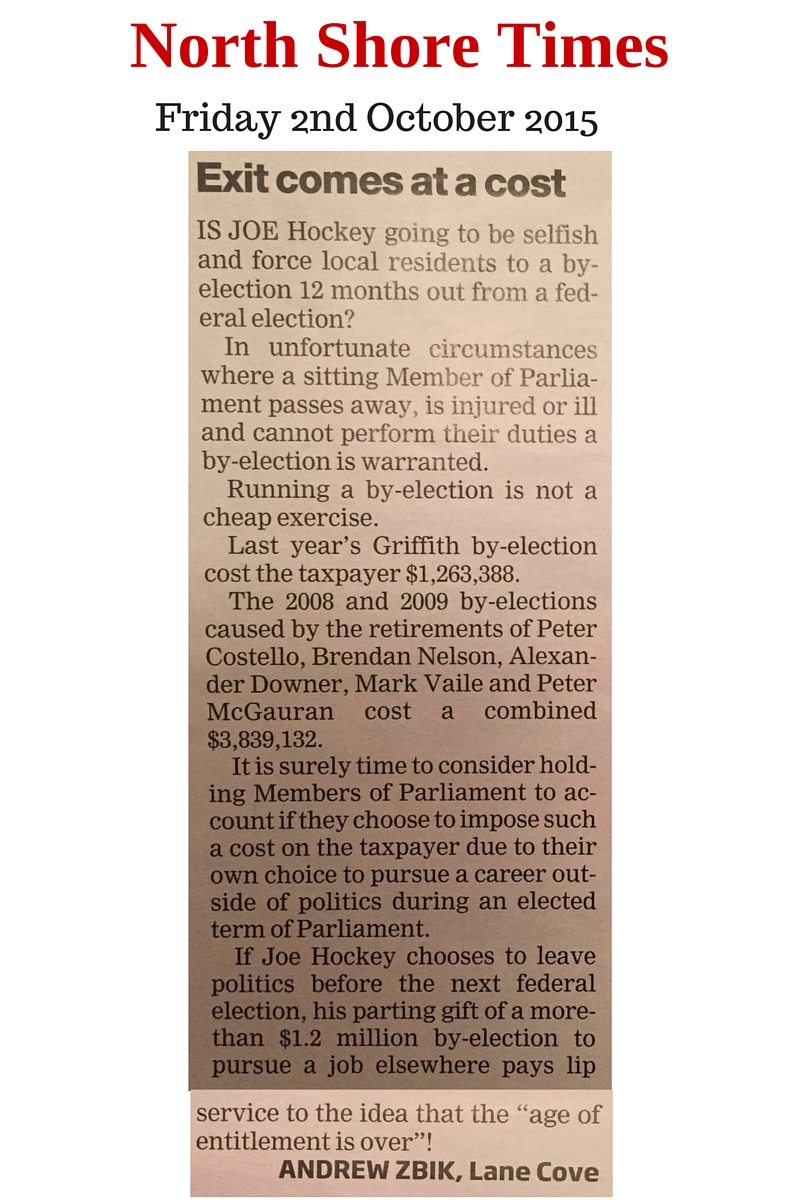 In unfortunate circumstances where a sitting Member of Parliament passes away, is injured or ill and cannot perform their duties a by-election is warranted.
The costs of running a by-election in recent years is not a cheap exercise. The 2014 Griffith by-election cost the taxpayer $1,263,388. The 2008 and 2009 by-elections caused by the retirement of Peter Costello, Brendan Nelson, Alexander Downer, Mark Vaile and Peter McGauran cost a combined $3,839,132.
It is surely time to consider holding Members of Parliament to account if they choose to impose such a cost on the taxpayer due to their own choice to pursue a career outside of politics during an elected term of Parliament.
If Joe Hockey chooses to leave politics prior to the next Federal election, his parting gift of a +$1,200,000 by-election to pursue a job elsewhere pays lip service to the idea that the "age of entitlement is over"!
Joe Hockey Time2GoJoe By-Election North Sydney Liberal Labor
Do you like this post?
Tweet