The Australian Energy Regulator (AER) has recommended that power companies cut electricity prices to households and businesses by 10 percent before 1 July 2015 but the NSW Liberal Government is trying to stop them. In a submission to the AER, the NSW Liberal Government and our local Liberal member - Anthony Roberts who is also the Minister for Energy, has appealed against the AER’s recommendation, instead arguing that electricity prices should rise by 8 percent. 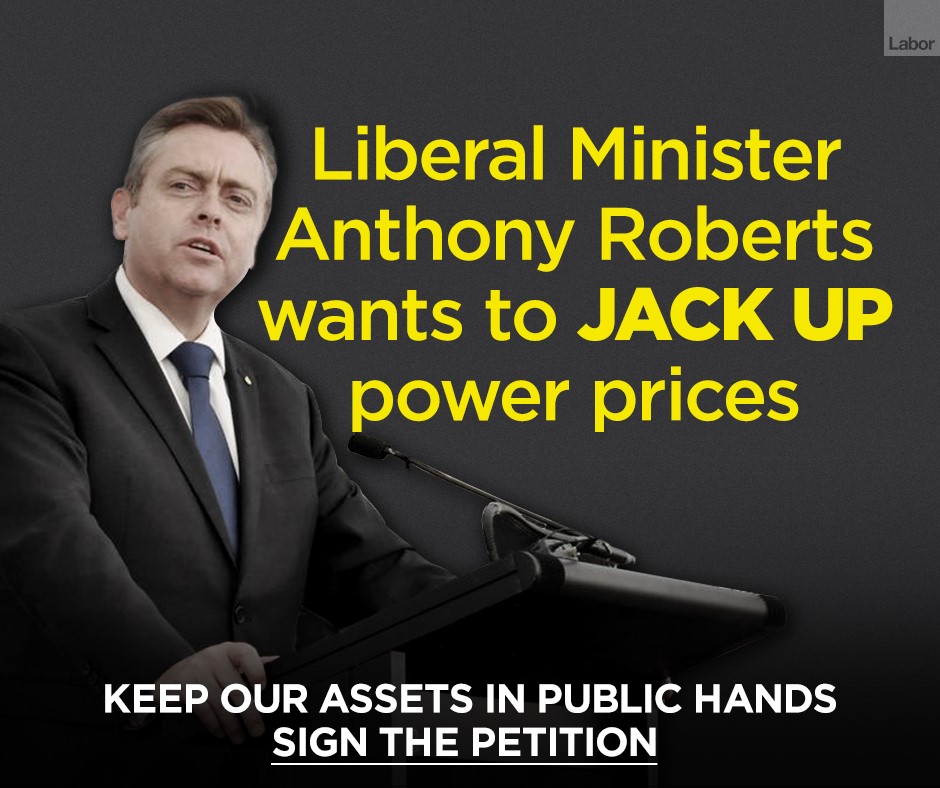 Labor candidate for Lane Cove, Andrew Zbik, said that “the residents of Lane Cove are dismayed that their own local member is deliberately setting out to not only stop a recommended price cut, but to increase power prices by 8 percent this year.”

Ultimately, the Liberal's want electricity prices to rise and rise for one reason only. This reason is so that they can increase the sale price of our publically owned electricity poles and wires network to the highest bidder. Once in private hands, this monopoly will always make a strong profit for that owner.

Currently, our electricity poles and wires network provides around $1 billion dollars a year of income to the state budget. Once this income stream is gone, that is $1 billion dollars less to pay for hospitals, schools, police, roads and public transport.

Sign the petition today. Tell the Liberal Party and our local member Anthony Roberts that we will not accept a price rise for the benefit of private owners or the sale of our publicly owned electricity poles and wires network.