For those who are fortunate to have been able to buy in Lane Cove, we are now facing another problem. The people who serve us - the teachers, nurses, emergency service personnel and childcare workers cannot afford to live here either. "So what" some people may say. They may argue "I've paid my way to live here. They can too."

McCrindle have produced the below graphic that clearly shows the difference in income and ability to create wealth between top, middle and low income earners. As discussed above, home ownership historically has been the main foundation in Australia in which people can grow their wealth. 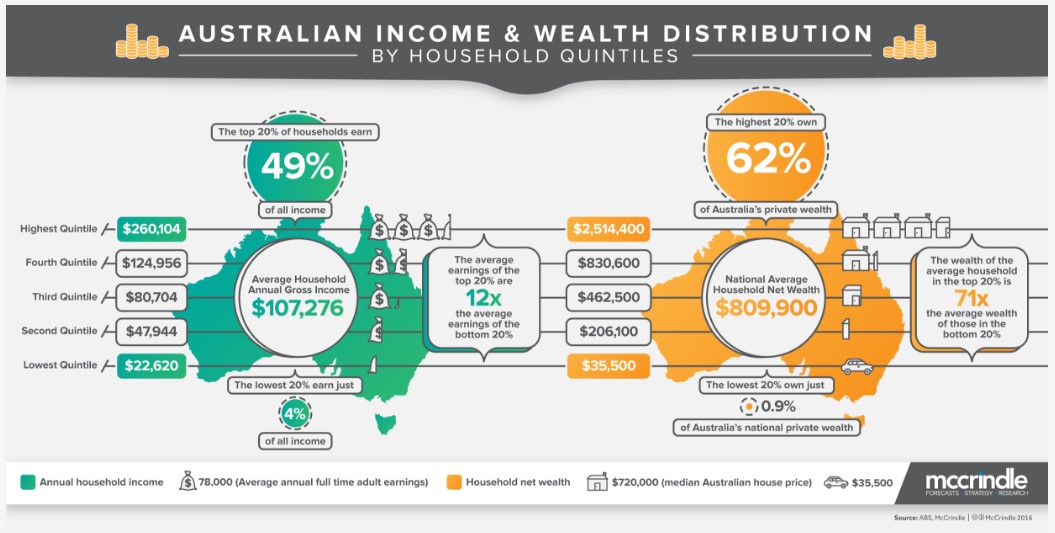 This is why it is important we consider housing affordability for essential workers in Lane Cove. I look at the dedicated and passionate childcare educators at my son’s day care. Some of them are traveling as far away as Windsor EVERYDAY. 45km from Lane Cove taking an hour each way to drive or two hours by public transport. I can see the rotation of staff after many have cited travel from their home to Lane Cove everyday takes its toll. It's simple - a childcare educator earning $55,000 cannot afford to buy or rent in Lane Cove. So we as residents suffer too as the people who serve us in our community struggle to have a quality of life of their own.

Lane Cove Council cannot fix his problem on its own. A concerted effort from our State and Federal Governments is also needed to tackle this issue. However, Lane Cove Council can make one small contribution through introducing an affordable housing policy for essential workers in Lane Cove.

Through a proper consultation process and well-thought out policy, we can ensure the residents of Lane Cove also have the essential workers living and staying in our area to make our lives great.

I am committed to exploring what role Lane Cove Council can contribute to this issue of tackling housing affordability.